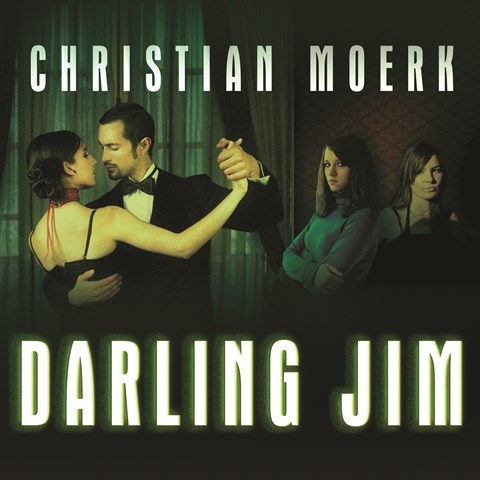 ﻿This riveting gothic thriller envelops the listener in two intertwined tales that begin with the ghastly discovery of two sisters and their aunt—found dead in a Dublin home. The story is underscored storyteller (in Gaelic—SEANACHAI) Jim's retelling of authentic Irish folklore of a particularly lycanthropic nature. Jim’s trail of diabolical mayhem is revealed in the diaries of hostage victims Fiona and Roisin, who are portrayed with delightful inflections by Justine Eyre. Equally comfortable with the Irish accents of the contemporary account and ancient Celtic legend, Eyre has a charming lilt and knows how to use emphasis to create compelling horror. Stephen Hoye depicts Niall, the knight-errant who finds Jim’s diaries and commits to a quest to solve the mystery they recount. Hoye speaks in engaging melancholy tones and skillfully provides the secondary characters with an array of accents. Both narrators deliver intense interpretations, in high contrast to each other, which create a measured eloquence for this vivid novel. A.W. Winner of AudioFile Earphones Award, 2010 Audies Finalist © AudioFile 2009, Portland, Maine [Published: JULY 2009]