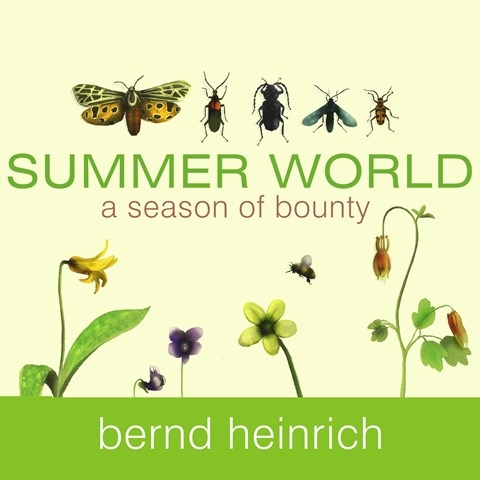 SUMMER WORLD A Season of Bounty

Bernd Heinrich has astonishing powers of observation. In great detail, the awakening of summer in the natural world in New England is described—the migrations, mating, budding, metamorphoses from tadpole to frog, and multiple other transformations taking place in our backyards. Mel Foster's deep voice is clear, and his pacing is accurate. But this is the season of bounty and wonder and joy—Foster's reading is too inexpressive for that. Heinrich conducts backyard experiments to figure out whether flower blooms stay open due to light or warmth and tempts fate with hornets, resulting in an unfortunate but predictable outcome. Foster may be able to effectively translate Heinrich's ecological concerns for the future, but he’s less successful with Heinrich's almost-boyish enthusiasm. A.B. © AudioFile 2009, Portland, Maine [Published: JUNE 2009]