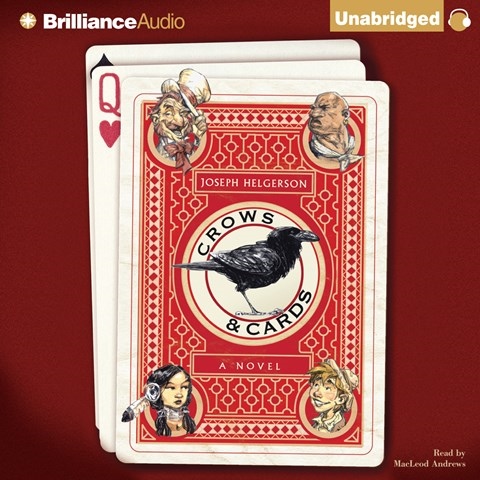 Helgerson's novel is reminiscent of Mark Twain's Mississippi adventure stories. In 1849, Zebulon Crabtree is 12 years old when his parents send him by riverboat to St. Louis to begin a dreary life as a tanner under his uncle's tutelage. On the boat he meets Chilly Larpentaur, a river gambler who promises to teach him the fine art of cardsharping and shady deals. They’ll teach rich cheaters a lesson by beating them at their own game and giving the money to poor orphans. MacLeod Andrews gives Zeb the voice of a 12-year-old who puts considerable energies into work avoidance. Andrews’s light, folksy tone will have listeners chuckling through Zeb's misadventures and eventual redemption. And the glossary at the end will clarify the “blimblam” of this tale. N.E.M. SYNC 2015 © AudioFile 2009, Portland, Maine [Published: JUNE 2009]