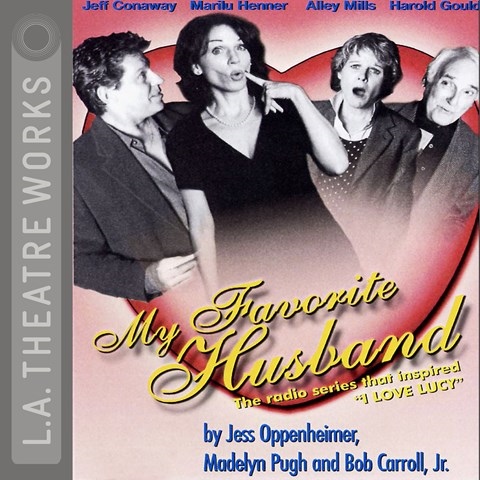 Fifty years ago, before there was “I Love Lucy,” comedienne Lucille Ball starred in this hilarious sitcom about an impossibly indecisive wife and her long suffering husband (played by Richard Demming). This hour-long cassette resurrects the old radio show with staged performances of two episodes. Jeff Conaway plays George Cooper, and Marilu Henner plays the unpredictable Liz, with Harold Gould and Alley Mills as their friends, the Atterburys. Even though the humor is dated and politically incorrect, the performance is lively and entertaining and includes the original 1948 score, as well as reenactments of the original commercials. Henner is not Lucille Ball--but no one is. She nonetheless gives a great performance in this series of screwball misadventures. S.E.S. © AudioFile 2000, Portland, Maine [Published: OCT/NOV 00]