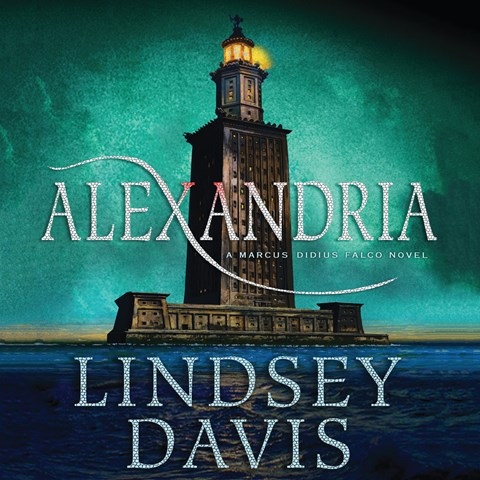 The sleuth in this series is Marcus Didius Falco, a government informer in ancient Rome. In this nineteenth installment, Marcus goes to Egypt because his wife wants to see the pyramids, but he ends up getting embroiled in the death of a librarian. AudioFile Golden Voice Christian Rodska shows the Roman detective's intelligence, fondness for his wife, and contempt for his bounder of a father. Rodska also individualizes the local gentry—academicians, politicians, even some of Marcus’s relatives. In tense scenes—a crocodile gets loose in the zoo; a library fire threatens priceless scrolls—he ratchets up his pace and intensity appropriately. J.B.G. Winner of AudioFile Earphones Award © AudioFile 2009, Portland, Maine [Published: AUGUST 2009]