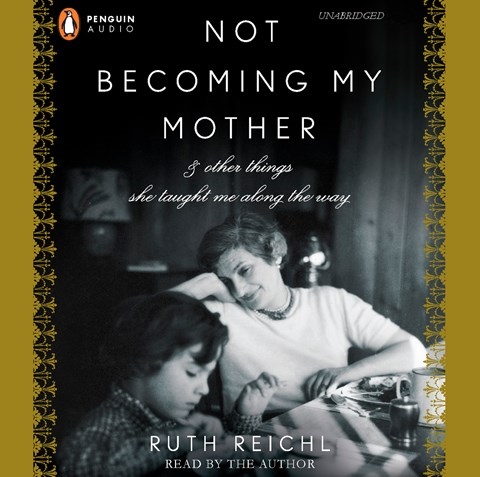 FOR YOU, MOM. FINALLY.

Ruth Reichl's mother was smart and sassy, colorful and capable—and miserably unhappy about conforming to a woman's role in a man's world. Determined that her daughter Ruth would pursue a career other than simply being someone's wife, Miriam Brudno was not thrilled with Ruth's early marriage or culinary writing. (Reichl is now the editor-in-chief of GOURMET magazine.) Reichl's capable narration of this insightful memoir reveals a gradual blossoming of empathy for her mother as she discovers personal correspondence and odd bits of her diary. Reading at a brisk pace, Reichl punctuates her mother's sometimes-astonishing pronouncements with wry humor and realizes too late—after her mother's death—the extent of her wish for Ruth to find the satisfaction she never achieved. N.M.C. © AudioFile 2009, Portland, Maine [Published: MAY 2009]