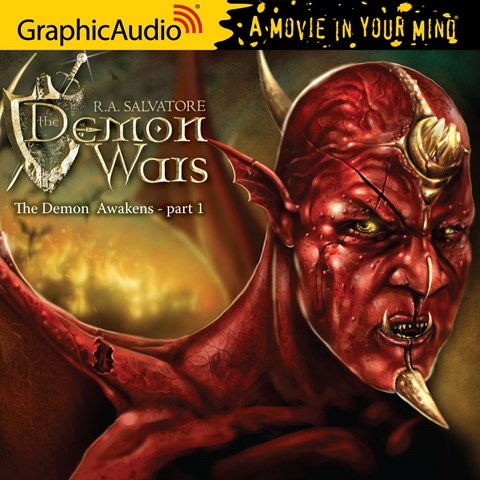 by R.A. Salvatore | Read by Richard Rohan and a Full Cast

The first in a series about a fantasy world peopled with magic stones, monsters, dragons, and brave men and women transports the listener. The large cast does a fine job interpreting the characters, and the music and sound effects are generally good, though overwhelming at times. Some of the sound effects, specifically, the kissing and eating scenes, sound sloppy and gross. The story is complicated, slipping from one character's story into another’s, sometimes without transition. The plot, which is just beginning, involves a huge demon out to conquer the world and a group of humans who come together in a desperate attempt to defend their way of life. M.S. © AudioFile 2009, Portland, Maine [Published: SEPTEMBER 2009]