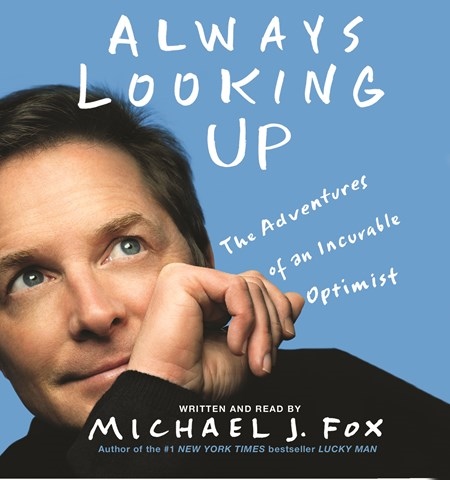 ALWAYS LOOKING UP The Adventures of an Incurable Optimist

At the beginning of ALWAYS LOOKING UP, Michael J. Fox takes note of the “struts” of his life—work, politics, faith, and family—and explains that his memoir is, in a way, thematic, rather than a chronology of the last 10 years. In a familiar, but somewhat changed, voice he recounts the major shifts in his life, which include leaving his acting career, creating the Michael J. Fox Foundation for Parkinson’s Research, advocating for PD research, and coping with the disease itself, which has been tyrannical of recent years. However, PD is also a source of Fox’s optimism—which the listener can clearly hear in his poignant and impassioned delivery. While Fox shares many realities, he also offers hope—which he calls “informed optimism.” There’s much to be learned and aspire to here. As an audiobook, this memoir will stay with you for a long time. R.F.W. © AudioFile 2009, Portland, Maine [Published: MAY 2009]