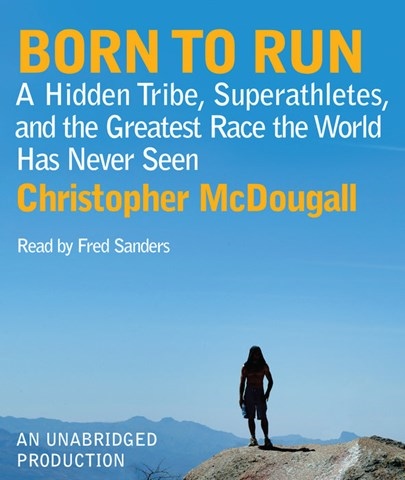 BORN TO RUN A Hidden Tribe, Superathletes, and the Greatest Race the World Has Never Seen

Think 26.2 miles is a long run? Not even close. McDougall's book traces the spirit of “ultra-runners,” the world’s greatest distance runners, whose runs take them on personal and physical journeys much more demanding than mere marathons. Focusing on a small, quiet tribe of Mexicans and a handful of assorted Americans, the book explores the question of why people run. Narrator Fred Sanders keeps the pace and maintains a steady enthusiasm as he tells of runners' personalities, diets, and team-oriented competitiveness. Like a well-conditioned runner, nothing in the book is wasted—even parts about the genesis and science of running are fascinating. Sanders never tires while describing humans’ innate ability to run. Non-runners will gain an insight from this compelling read, runners will love it, and ultra-runners? Well, they live it. M.B. © AudioFile 2009, Portland, Maine [Published: AUGUST 2009]