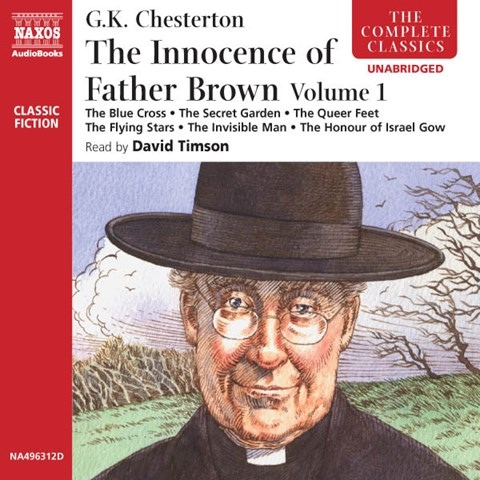 THE INNOCENCE OF FATHER BROWN Volume 1

Chesterton's stories of Father Brown, a self-effacing priest who applies his brilliant mind to solving mysteries, are often implausible, melodramatic, and dated. Still, they entertain, and David Timson reads the first six here with loving care. He gives Brown a mild voice, but likable and not weak, and provides other character voices without strain or caricature, including accents. (His American is very good.) His warm, rich, naturally expressive voice not only conveys meaning and emotion but also brings an overall tone of amusement to the stories, letting us know how to take them—this is voice as interpretation. That may seem affected, but Chesterton's stories, self-consciously clever romances addicted to paradox and disputation, are far from naturalistic. Timson gets the tone just right. W.M. © AudioFile 2009, Portland, Maine [Published: SEPTEMBER 2009]