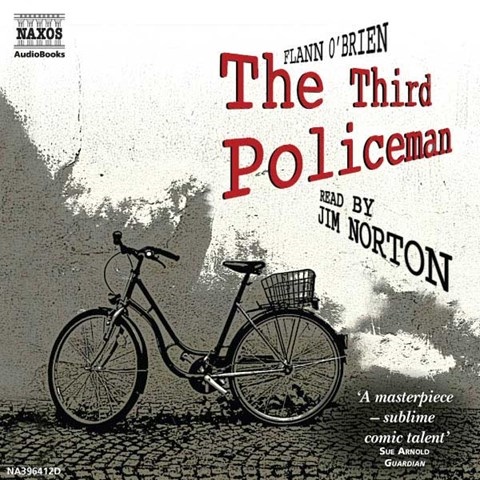 The book begins by detailing an odd relationship between two men. A flashback shows something is amiss, and the scene unfolds to a horrible crime. The story suddenly falls into a fantastical, almost stream-of-consciousness, tale of time-travel, with one of the men journeying with police officers in an investigation of a missing bicycle. This complicated novel’s saving grace is an unexpected ending, and Jim Norton's narration. He employs varying tones and pitches, and one of the officers' voices is a wonderful Indian-British accent with a friendly, commanding authority. This story will irk some listeners; others will be intrigued. (At the end, listeners learn why the shift to the fantastical happens so fast.) There’s little character development, but listeners won't mind as Norton does a good job as guide. M.B. © AudioFile 2009, Portland, Maine [Published: JULY 2009]