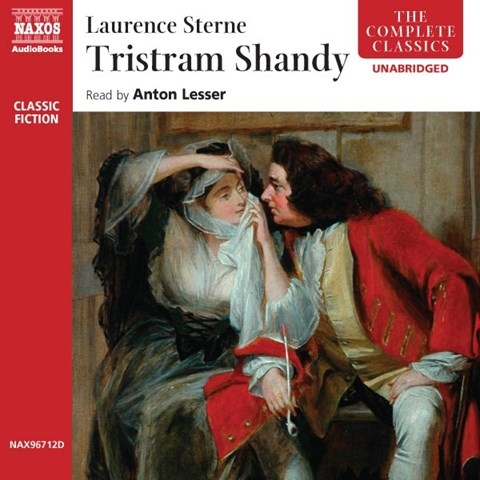 There’s no doubt that TRISTRAM SHANDY, whose first two volumes were published in 1759, is a novel ahead of its time. Whether it’s a novel at all is still to be considered. Sterne’s experimental form questions the construction of the traditional novel, a question that novelists would not seriously revisit until the twentieth century. The irony is that we learn little of Tristram’s life and opinions. Seasoned narrator Anton Lesser reads with an enthusiasm rivaled only by Sterne’s pen. Lesser’s playful tone perfectly captures the author’s irony. He brings Sterne’s eccentric characters to life, flawlessly shifting from voice to voice. Conversations between Tristram’s opinionated father and passive Uncle Toby are especially amusing. Lesser’s jovial reading makes this production a delightful romp through Sterne’s prose. D.M.W. 2010 Audies Finalist © AudioFile 2010, Portland, Maine [Published: JUNE 2010]