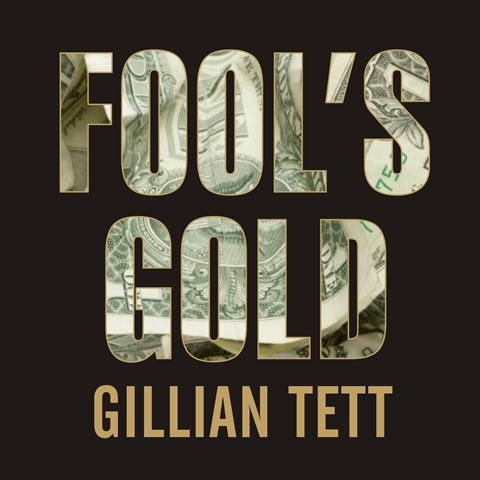 FOOL'S GOLD How the Bold Dream of a Small Tribe at J.P. Morgan Was Corrupted by Wall Street Greed and Unleashed a Catastrophe

With the worst of the credit crisis behind us, journalists continue to work to explain to Joe Public what went wrong. Gillian Tett of the UK's FINANCIAL TIMES has made a fine contribution with her account of J.P. Morgan's, mostly unwitting, role in the disaster. Stephen Hoye deftly navigates a text filled with finance jargon and acronyms, and by the end listeners may understand more about CDOs, CDSs and SIVs than the bankers who bought them. Hoye's decision to use accents—always dubious when reading a work of journalism—is regrettable, but this is a quibble as there’s little dialogue in the text. And one has to admit—his Bronx accent is not too bad. D.B. © AudioFile 2009, Portland, Maine [Published: SEPTEMBER 2009]