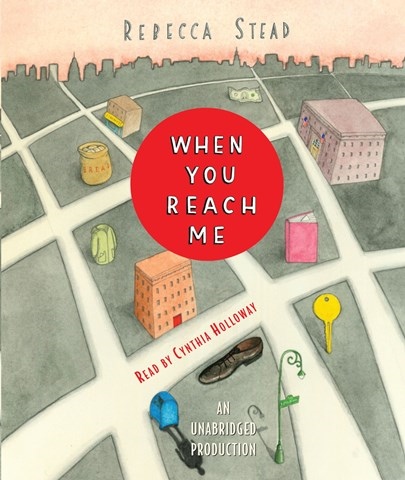 WHEN YOU REACH ME

A strong reading by Cynthia Holloway makes listeners curious about this story's nonlinear structure, rather than being put off. Holloway portrays the confusion of sixth-grader Miranda, who is befuddled by several letters that appear in her apartment, foretelling a future that, at first, makes no sense to her—or to listeners. Holloway manages both the real and fantasy elements of the story so that we believe in the young heroine's worries about friendship and her hopes for her mother's success on a game show. Equally convincing is Holloway's presentation of Miranda's feelings and actions as she untangles the book's puzzle. By the end, we, like Miranda, believe in the time-travel that serves as the story's turning point. S.W. © AudioFile 2009, Portland, Maine [Published: AUGUST 2009]