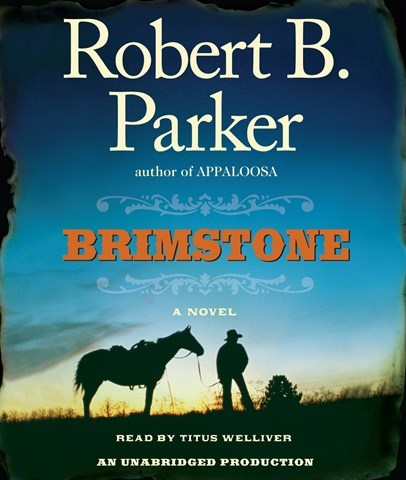 With wayward Allie French along, Everett Hitch and Virgil Cole head to Brimstone, a town where trouble's brewing between a preacher and a saloon owner. The tough edge in Titus Welliver's voice serves him well, giving believability to his first-person narrative as Everett. Parker's sparse writing is deceptive, turning out more dense and modern than listeners would expect, but it seems real coming from Welliver. The situation Everett and Virgil face is an old-fashioned Western showdown, but talk of sexual assaults and bordellos plays a major part in the novel. Fans of Parker's writing and of Westerns will be pleased by his latest expedition into the fictional West. J.A.S. © AudioFile 2009, Portland, Maine [Published: JULY 2009]