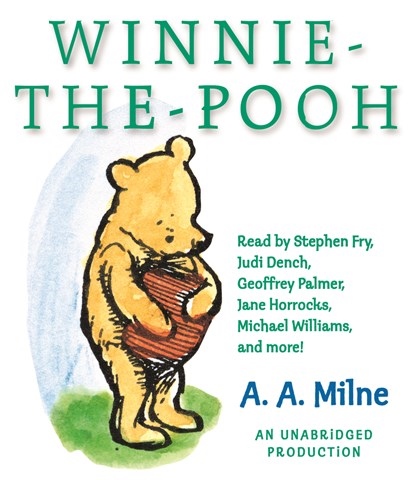 Grab a copy of WINNIE-THE-POOH, open to the map of the Hundred-Acre Wood, turn on this recording, and settle in to enjoy the adventures of Christopher Robin and his friends just as A.A. Milne might have shared them with his own family. Producer David Benedictus's dramatization of Milne's enduring stories is a listening pleasure. The interchange between the narrators and the overall tempo of the production invite the listener to relax and become engaged in the familiar episodes, including a mysteriously moving house, elevenses, and trapping the elusive Heffalump. Each cast member has taken on the persona of his or her character with relish and delight. In soothing British English, Pooh ponders solemnly, Piglet squeaks delightfully, Eeyore wonders soulfully, and Tigger irritates appealingly. Poems and ditties are enhanced by a light musical accompaniment. A rich experience, indeed! A.R. © AudioFile 2009, Portland, Maine [Published: SEPTEMBER 2009]