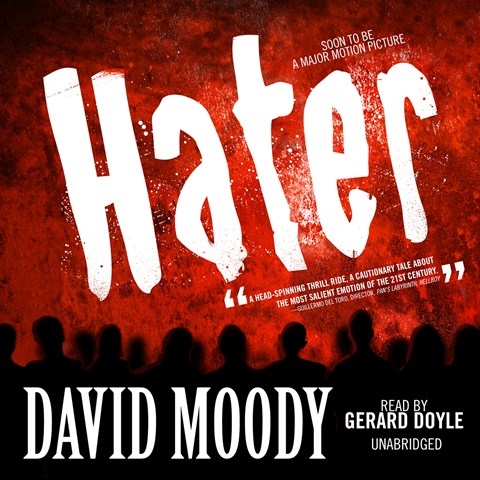 Author David Moody puts a new spin on the zombie genre with this horror story, which sees everyday people losing their minds almost instantaneously to become a new breed of killer deemed a "Hater." Society is falling to pieces, and panic ensues as the Haters take control, leaving Danny McCoyne to take matters into his own hands to protect his family. British narrator Gerard Doyle's reading makes the story sound so nightmarish and real that it's deeply disturbing. Doyle's voice is steeped in panic and desperation, forcing the listener to adopt his cause no matter how high the stakes. Doyle’s expert portrayal reminds us how transcendent audiobooks can be. L.B. Winner of AudioFile Earphones Award © AudioFile 2009, Portland, Maine [Published: DECEMBER 2009]