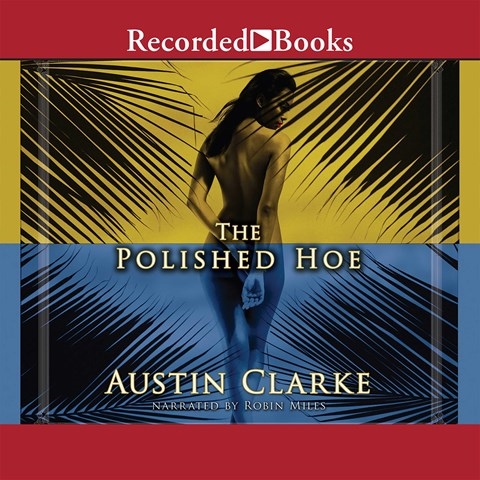 There's been a tragedy. As 60-year-old Mary-Mathilda gives her statement to Sergeant Percy, her memories reveal a harrowing portrait of plantation life on a fictional Caribbean island in the 1950s. Mary-Mathilda weaves island history with a tale of racism, de-facto slavery, and lifelong abuse at the hands of Manager Bellfeels, who took her as his "outside-woman" at the age of 13. For 38 years, she remained at his mercy, including bearing his children. Canadian writer Austin Clarke's sultry, languid prose seduces; Mary-Mathilda's rambling, circular remembrances mesmerize; and Robin Miles's liquid sugar-cane voice beguiles, enchants, and sticks you fast to this beautifully imagined story. THE POLISHED HOE won the Commonwealth Writers Prize, and Miles deserves a prize for this performance. From island patois to standard broadcast speech, she enhances every word, every emotion, every richly remembered detail. S.J.H. Winner of AudioFile Earphones Award © AudioFile 2010, Portland, Maine [Published: JUNE 2010]