Home»Reviews»ON THE SHOULDERS OF GIANTS 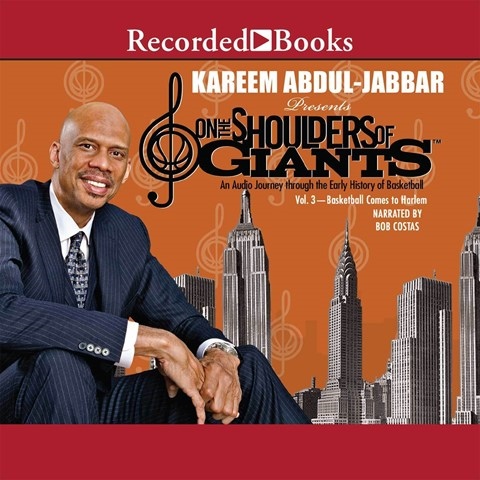 ON THE SHOULDERS OF GIANTS Basketball Comes to Harlem, Vol. 3

The Harlem Renaissance of the 1920s was not just a cultural phenomenon that influenced the arts. That is one of many facts brought to bear in this fascinating study of basketball, written by superstar Kareem Abdul-Jabbar and delivered by the well-known sports commentator Bob Costas. The audiobook covers one spectacular event in basketball history, the first professional championship in which an all-black team, from Harlem, played against white teams. The beauty of the work is how it intertwines its written words, musical interludes, and interviews within a fascinating historical context. Not surprisingly, Costas is an able narrator. His voice, already associated with American sports, gives authority and integrity to this gem of a work on sports history. P.R. Winner of AudioFile Earphones Award © AudioFile 2009, Portland, Maine [Published: DECEMBER 2009]