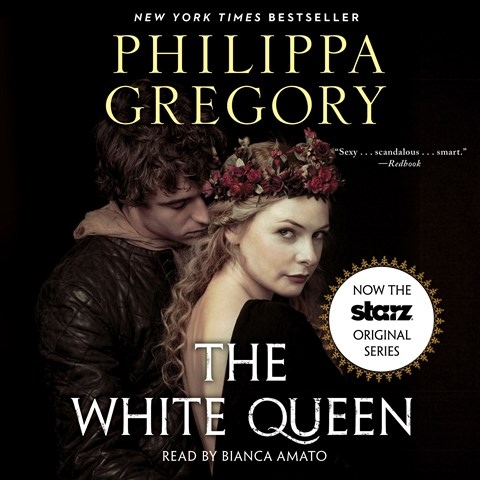 With the success of THE OTHER BOLEYN GIRL, British author Philippa Gregory has become wildly popular in the U.S. It's easy to see why in her latest heady mix of history, romance, and political intrigue as she teases apart the tangled skeins of the War of the Roses. Bianca Amato creates a powerful and compellingly believable Elizabeth Woodville, the commoner who married King Edward IV whose reign is most known for the disappearance of her two sons from the Tower of London. Amato captures Elizabeth's growing strength of purpose as she learns to play the game of court life and delivers a heartfelt portrayal of Elizabeth's fierce passion for her family’s advancement and protection. D.G. © AudioFile 2009, Portland, Maine [Published: OCTOBER 2009]