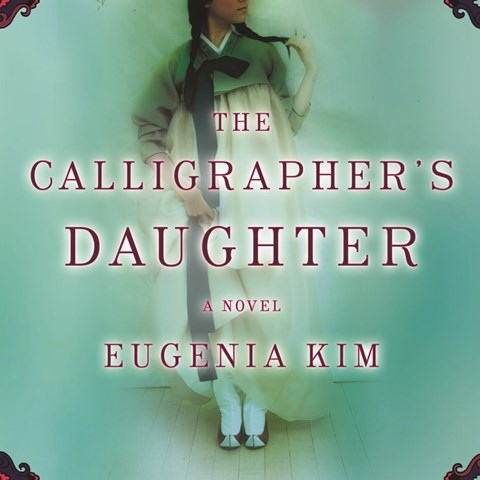 Najin's father, a calligrapher, clings to tradition as the Japanese occupation threatens Korean culture in the early twentieth century. He continually slights his daughter, the curious Najin, who holds back her questions and hides the hurt that comes from her father's insensitivity. At first, Lorna Raver's mature voice seems a curious choice for the young heroine. Yet Raver’s throaty richness becomes more appropriate as the production proceeds. It fits the royalty of the Korean court, where Najin's mother sends her to escape an arranged marriage. Raver's resonance also makes sense as young Najin faces threats beyond her level of maturity. With devotion and strength, Najin works to maintain her family's well-being during times of war and poverty, ignoring her own desires for scholarship and love. S.W. © AudioFile 2009, Portland, Maine [Published: OCTOBER 2009]