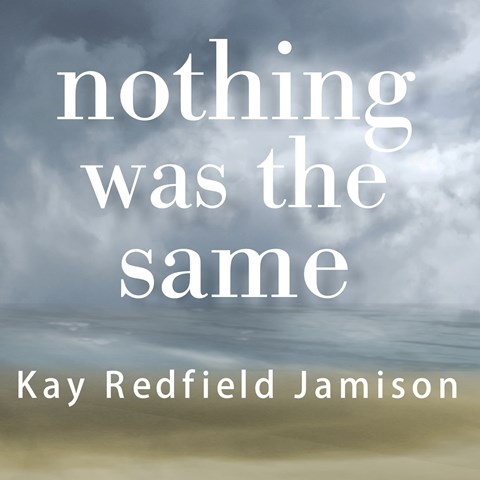 NOTHING WAS THE SAME

Renée Raudman's narration is full of wistfulness as she delivers Jamison's memoir recounting the illness and death of her husband, Richard Wyatt. Raudman's voice lifts in lighter moments of remembering their relationship—Richard's devotion to managing Jamison's bipolar condition, his dedication to studying schizophrenia, and moments together such as the happy evening they watched a spectacular meteor shower. Raudman captures the couple’s hopes and fears as they confront Richard's progressing Hodgkin's disease and the acute despair and longing Jamison describes immediately following his death. As Jamison begins to heal, she mixes poetry and science to explain the differences between grief and depression, as she experiences them. Raudman portrays the wonder of Jamison's return to life through writing and her realization that the ephemeral quality of life is what makes it so glorious. S.W. © AudioFile 2010, Portland, Maine [Published: JANUARY 2010]