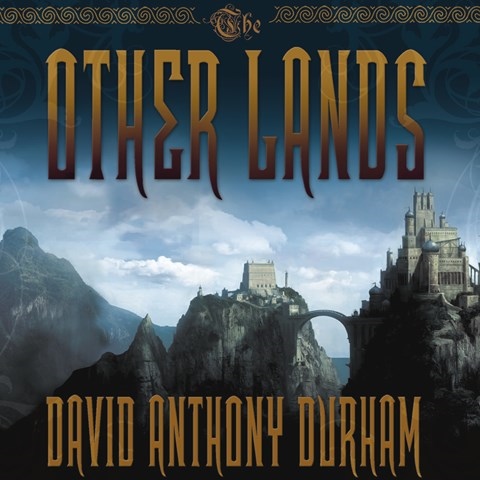 THE OTHER LANDS Acacia Trilogy, Book 2

The second volume in Durham's three-part epic fantasy series picks up nine years after where ACACIA: THE WAR WITH THE MEIN leaves off, and Queen Corinn wields a powerful (but sometimes unpopular) hold on the Acacian empire. Meanwhile, Dariel and Mena, Corinn's siblings, face new threats at home, while conspiracy and war brew across the Gray Slopes in the Other Lands. Narrator Dick Hill handles Durham's complicated, undulating prose with dramatic, enthusiastic energy. While his theatrical style may not please all listeners, it serves to distinguish the countless characters spread over the Acacian empire and beyond. Moreover, as Durham's work favors prose and monologue over dialogue, Hill's careful vocal characterizations work to highlight the internal drama as well as the external conflicts between the characters. A great match of author and narrator. A.H.A. © AudioFile 2009, Portland, Maine [Published: DECEMBER 2009]