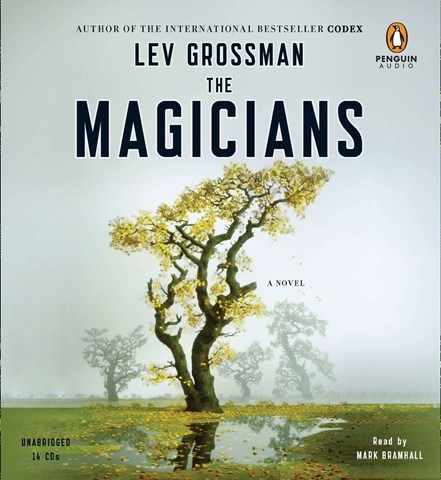 Mark Bramhall sets up the delicate lines between reality and fantasy in the story of Quentin, a teenager from Brooklyn who is surprised to find himself at Brakebills College for Magical Pedagogy. Sound a lot like Harry Potter? Bramhall delivers the author's irony and allusions as he portrays a maturing, fully dimensional protagonist. Quentin is insecure at heart, prideful at times, fearful at others. He longs to change the world like the heroes from the enchanted realm of Fillory, which he read about as a boy. When Quentin discovers that Fillory is real, Bramhall distinguishes the hero's imaginings from the reality of the dark realm he finds. As Bramhall depicts this Narnia-like land, he fully portrays the heroes, villains, even the secondary characters such as the cruel mage, a drunken bear, and a timid tree person. S.W. Winner of AudioFile Earphones Award © AudioFile 2009, Portland, Maine [Published: AUGUST 2009]