Home»Reviews»IN A NUTSHELL: THE FRENCH REVOLUTION 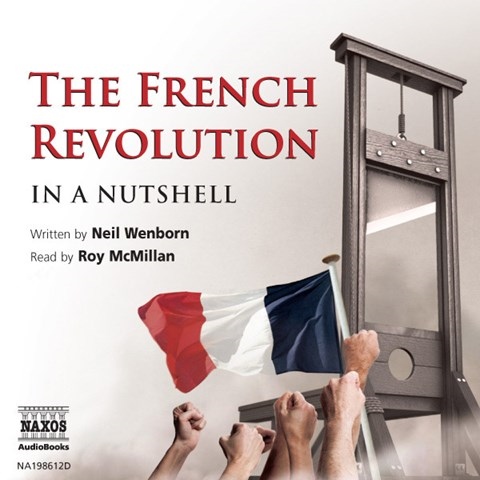 IN A NUTSHELL: THE FRENCH REVOLUTION

Between 1789 and 1799, 10 years of violent turmoil in France grew out of Europe's Enlightenment. After the pillars of powerâ€”the Catholic Church, the aristocracy, and the monarchyâ€”fell, continued intramural conflicts stained the decade. In 1799, Napoleon assumed power in a coup and declared the revolution to be over. The author condenses this complex, controversial, and critical period into "a nutshell," or 75 minutes of audio. British narrator Roy McMillan aptly fits the performance bill with his impeccable French. He chooses a pace that is appropriate to delivering great quantities of abbreviated information while still allowing listeners time to absorb it. His performance succeeds in its succinct reporting of a consequential historical period, and one hopes it will whet the curiosity of those less familiar with these events, inspiring them to further exploration of these murderous times. J.A.H. Â© AudioFile 2009, Portland, Maine [Published: DECEMBER 2009]