Home»Reviews»THIS IS WHERE I LEAVE YOU 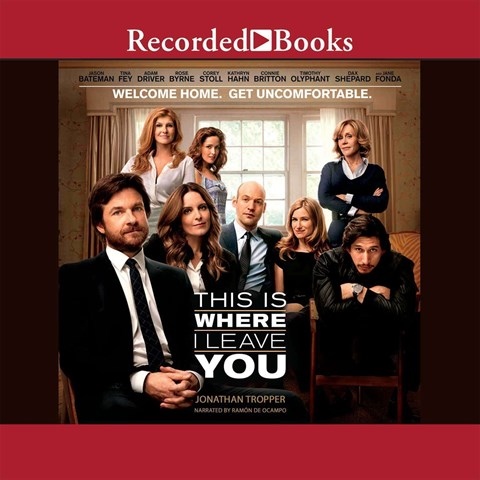 THIS IS WHERE I LEAVE YOU

Narrator Ramon de Ocampo gives a subtly nuanced rendering of Jonathan Tropper's family story involving a distressed and insecure man whose father has just died and whose wife is sleeping with his insufferable boss. Judd Foxman, portrayed in the novel with excruciatingly honest self-flagellation, is something of a comedian, his audience being his family and friends. De Ocampo reveals the various characters involved in the family shiva with a degree of variation in tone and voice that doesn't call attention to itself while delineating identity and gender. Listeners will enjoy the first half of the book for its wit and the second half for its insight, although the obsession with sexual innuendo may wear thin. J.L. © AudioFile 2009, Portland, Maine [Published: NOVEMBER 2009]