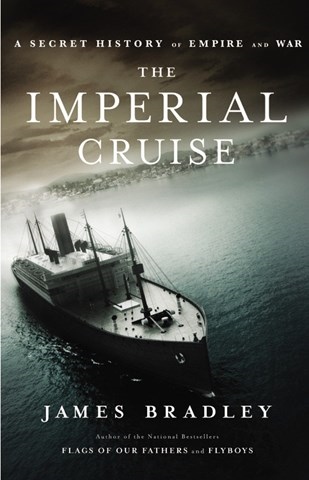 THE IMPERIAL CRUISE A Secret History of Empire and War

In 1905 President Teddy Roosevelt sent Vice President Taft, daughter Alice, and several members of Congress on an extended cruise aboard U.S. warships to foreign ports in the Pacific. The mission expressed the president's interest in the expansion of U.S. influence in Asia. The author exposes how President Roosevelt's racist beliefs and secret pacts came to influence the futures of Hawaii, the Philippines, Japan, Korea, and China. Author James Bradley reads the first and last chapters, and gives an introspective interview. His halting and unprofessional delivery falls far short of Richard Poe's. Poe adds spice to the bland narrative with subtle changes in his voice for the hundreds of quotes, an attentive treatment of the poetry, and a palpable enthusiasm for his task. J.A.H. © AudioFile 2010, Portland, Maine [Published: JANUARY 2010]