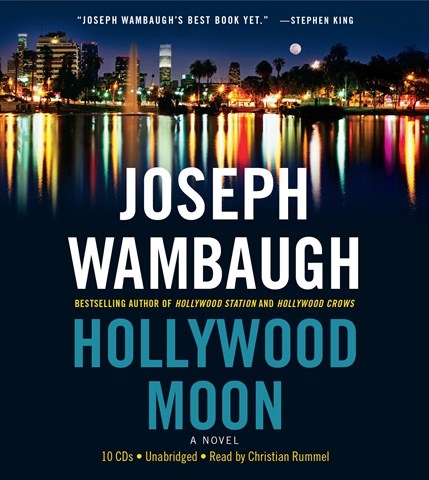 At least 15 characters hit the Los Angeles streets in this book, and because of Joseph Wambaugh's colorful writing and Christian Rummel's amazing narration, all are well differentiated and fun to follow. The diverse cops Rummel nails include a Latina, an aspiring actor, a Lothario, an Asian-American woman, a fresh-faced officer, and a surfer. Villains include a disturbed teen, a frustrated actor-turned-grifter, a husky-voiced hacker, a redneck druggie, and a hip African-American. On one fateful night all their lives intertwine. Wambaugh is at the top of his game in the latest of his recent Hollywood series. He takes the time to develop the characters while keeping the plot moving. Rummel never stumbles, shifting and deftly juggling the many identities. Under a Hollywood moon, it seems, anything can happen. M.B. © AudioFile 2010, Portland, Maine [Published: JUNE 2010]