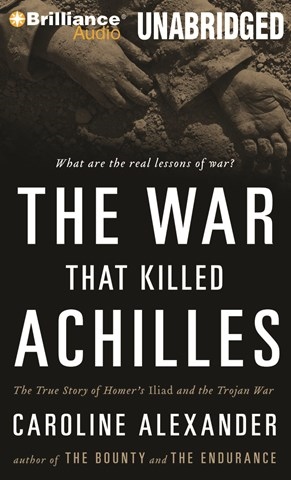 For those of us who haven't read Homer's ILIAD since literature class, Caroline Alexander's book on the epic about the Trojan War casts a new light on the work. She explores it as an antiwar commentary on a ten-year seemingly senseless war. The book is especially cogent in light of today's wars in Afghanistan and Iraq. Michael Page is superb as narrator. He carries the scholarly passages well without sounding pedantic or somnolent. Yet he adds the right touches of pathos, drama, or bombast in passages from the poetry. Overall, this is a work that, on its face, listeners might not expect to get hooked on. But it's likely they will be pleasantly surprised. R.C.G. Winner of AudioFile Earphones Award © AudioFile 2010, Portland, Maine [Published: JANUARY 2010]