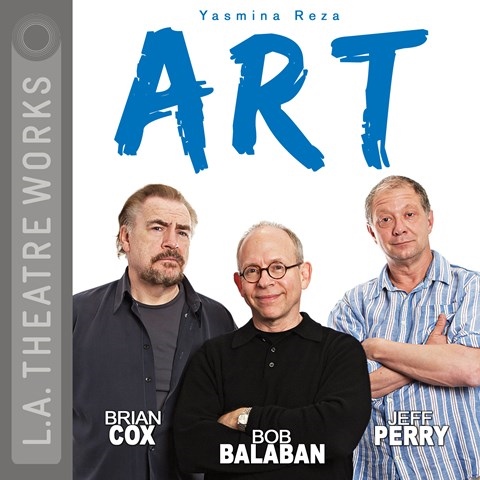 Reza’s award-winning play serves up crisp dialogue and pointed observations as three old friends trade barbs, philosophies, and allegiances—all while staring at a $100,000 white painting rendered on a white canvas. All three actors—Bob Balaban, Brian Cox, and Jeff Perry—have performed this work onstage. They bring to the audio production their fine-tuned comic timing and well-dramatized emotions, especially the characters’ concern for a friend in crisis. With these vocal performances, ART retains the urbane Continentalism of the original French production. The play is sophisticated, complicated, and very funny. B.P. 2011 Audies Finalist © AudioFile 2010, Portland, Maine [Published: JULY 2010]