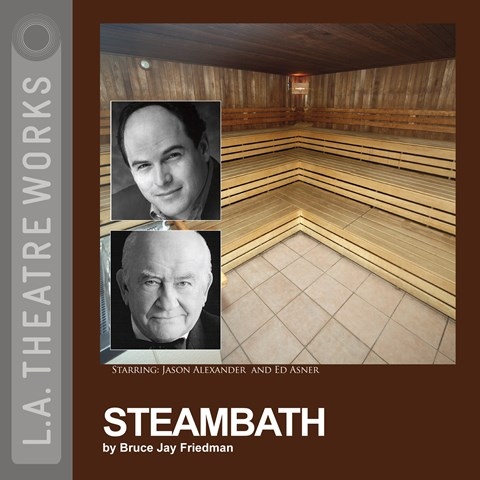 In this engaging 1994 L.A. Theatre Works live performance, Jason Alexander and Mary Gross are perfectly cast as new arrivals to what appears to be purgatory, which just happens to be located in a bathhouse on New York City’s Lower East Side. A wonderfully grumpy Ed Asner and an ultra-hip, omnipotent janitor, played by the equally hip Ruben Sierra, are there in the hissing steam to meet them. The entire cast delivers the jokes and asides, as well as the references to New York of the late 1960s, with inspired accents and attitude. The 1970 off-Broadway production gained notoriety for its brief onstage nudity. Recreating that scene should be no problem for devoted audiobook listeners—who already know how to use their imaginations. B.P. © AudioFile 2010, Portland, Maine [Published: OCTOBER 2010]