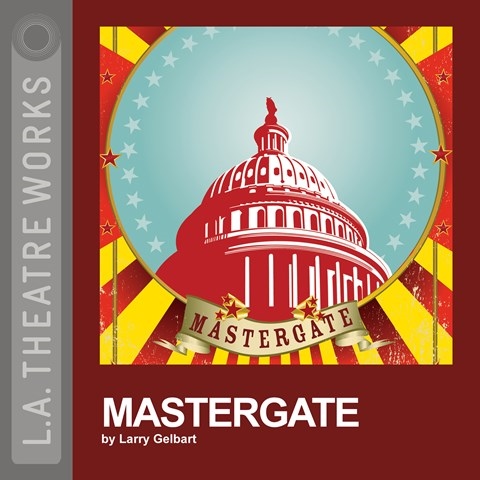 Wiley Slaughter and Shepherd Hunter—a superbly deadpan Walter Matthau—have just completed one of the CIA’s most covert and inane operations, which allegedly included producing Hollywood films for foreign dictators. Now they sit before a select joint House and Senate subcommittee, Senator Archer Bowman presiding—gleefully played by Ed Asner—ready to spill the beans. Every A-list actor in this broad, scathing, and somehow whimsical satire has the vocal style of real Congressional hearings down pat. Award-winning playwright and creator of the "M.A.S.H." TV series Larry Gelbart wrote this play in response to the 1980s Iran-Contra affair. It’s clear from the uproarious audience laughter throughout this live recording that this political farce continues to ring true. B.P. © AudioFile 2010, Portland, Maine [Published: JULY 2010]