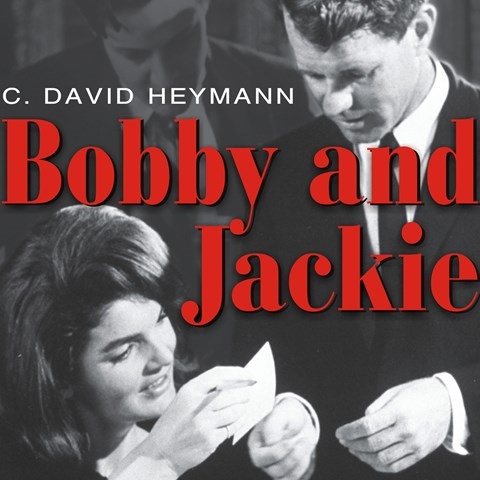 BOBBY AND JACKIE A Love Story

Did Robert F. Kennedy have a romantic involvement with Jacqueline Kennedy, widow of his assassinated brother, John F. Kennedy? Heymann bases his theory about their alleged relationship on stories of Jackie's supposed mental collapse after the assassination and the time Bobby spent with her. Dick Hill reads Heymann's case in a tone reminiscent of Walter Winchell’s, journalistic yet promising to dish the dirt. Listeners looking for an idealized view of Bobby and Jackie, or the Kennedy family in general, will be disappointed. The author also places his theory of Bobby and Jackie’s alleged relationship against the backdrop of President Kennedy's alleged sexual appetites and other family scandals. J.A.S. © AudioFile 2010, Portland, Maine [Published: MARCH 2010]