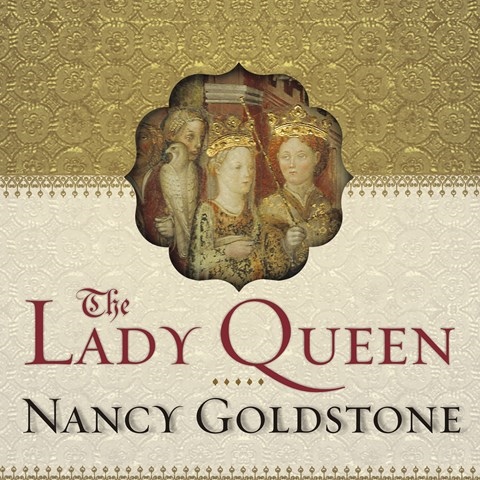 THE LADY QUEEN The Notorious Reign of Joanna I, Queen of Naples, Jerusalem, and Sicily

Joanna I was a medieval queen who was forced to deal with political intrigue within her family and her state from a young age. Even with its attention to historical detail, Goldstone's biography reads like a page-turner at times, and Josephine Bailey's narration captures the suspense while still giving the listener enough time to absorb the details. She nimbly handles the pronunciation of foreign names, and her range of expression is admirably suited to portraying various characters (young and old, male and female) as she reads excerpts from their writings. Indeed, Bailey's rich, low voice, English accent, and elegant delivery make her sound positively queenly. A.E.B. © AudioFile 2010, Portland, Maine [Published: APRIL 2010]