Home»Reviews»THE MAN WHO LOVED BOOKS TOO MUCH 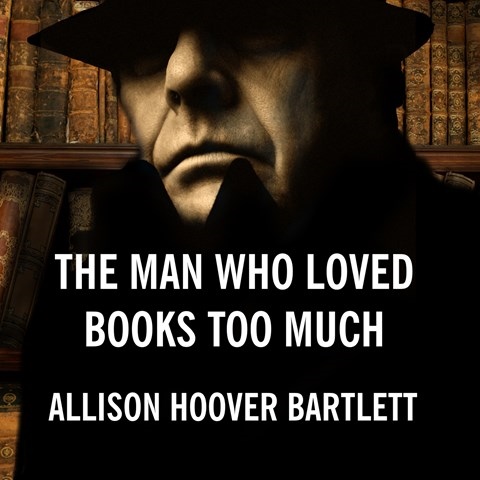 THE MAN WHO LOVED BOOKS TOO MUCH The True Story of a Thief, a Detective, and a Wold of Literary Obsession

For years, journalist Allison Bartlett follows a book thief in and out of prison to get inside his head—and write his story. Her subject, John Gilkey, suffers from an obsession to collect rare volumes but has little means and less desire to pay for them. Narrator Judith Brackley assumes the author's role in this true-crime exposé of a sociopath par excellence. Her soft voice, often near a toned whisper, adds the right atmosphere to a biography of a creepy man and a reporter's long search for his motive. Since the author and the interviewees speak in the first person, Brackley's one-voice-for-all technique sometimes fails to convey who's talking. Still, readers will want to listen to learn if the newswoman's psychological attack outsmarts the cunning crook. J.A.H. © AudioFile 2010, Portland, Maine [Published: FEBRUARY 2010]