Home»Reviews»THE WOLF IN THE PARLOR 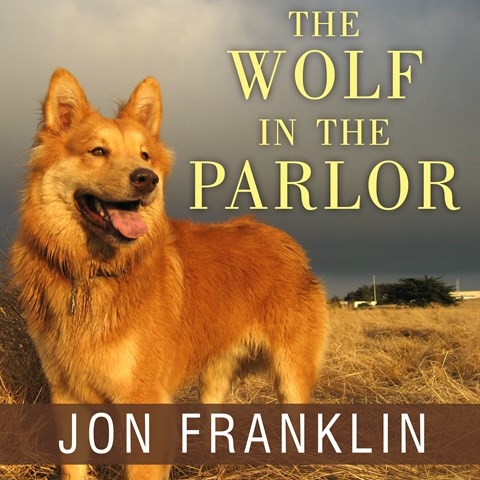 Narrator George Wilson is both saving grace and driving force in his expert rendition of Franklin's plodding narrative. There's a lot that's interesting in this history of the co-evolution of man and dog, but Franklin ekes it out almost grudgingly, while pouring on a heavy ladle of personal memoir and reflection. Each piece of information is an epiphany, every advance in understanding won only after long internal labor. Wilson smoothes out and, to an important extent, justifies this imbalance between style and substance, providing a balance and purposefulness the text sometimes lacks. Recommended for those who love stories of the dog novice who's eventually won over, and then heartbroken, by the frolics, intelligence, instinct, and all-too-brief domestic career of one irresistible pooch. D.A.W. © AudioFile 2010, Portland, Maine [Published: MARCH 2010]