Home»Reviews»THE YEAR THAT CHANGED THE WORLD 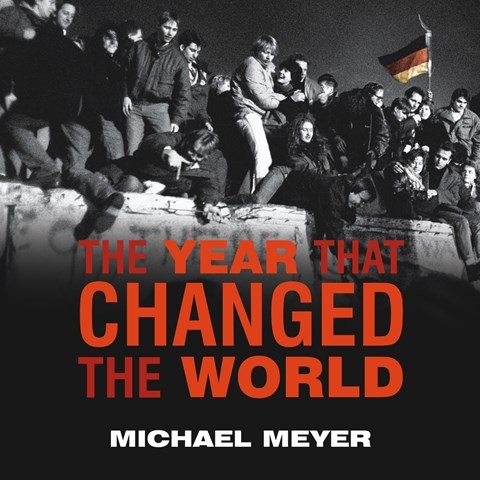 The NEWSWEEK bureau chief who saw the dissolution of the Soviet bloc in 1989 tells the story behind events such as the fall of the Berlin Wall and the execution of Nicolae Ceausescu. Ed Sala narrates with a slightly gruff tone that's just what one would imagine of a foreign correspondent. He reads with bemused humor as he recalls a plan to encourage East Germans to sneak across an unguarded border during a festival and switches to fascinated seriousness as he talks about President Reagan's careful diplomacy and the "grim sadness" of everyday life in East Germany. His account, with analyses of Reagan and Bush diplomatic successes, will fascinate Cold War students. J.A.S. © AudioFile 2010, Portland, Maine [Published: MARCH 2010]