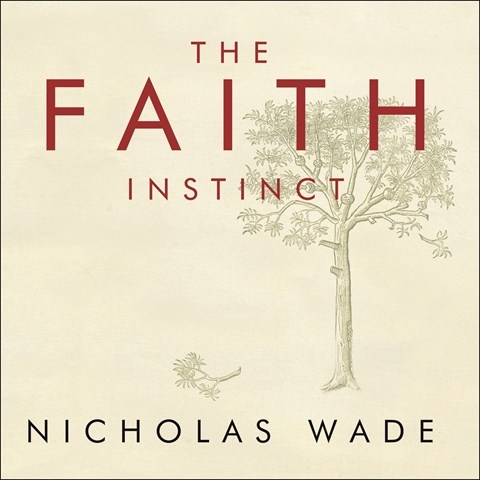 FAITH INSTINCT How Religion Evolved and Why it Endures

Are we predisposed to believe in the supernatural? Do we have a genetic inclination to bond with fellow humans who share these beliefs? Nicholas Wade seems to think so, and he offers some interesting ideas to explain why humans are hardwired to believe in deities—and why that's a genetic requirement for long-term survival as a species. As Wade explains, the concept of god saves us from self-induced anarchy; gods reward us for striving beyond our personal gratification and shame us for succumbing to it. Alan Sklar glides through this stimulating work with an evenhanded tone that will appeal to deists, theists, monotheists, and atheists alike. The best thing about Sklar's read: His sense of wonder and curiosity is contagious. R.W.S. © AudioFile 2010, Portland, Maine [Published: APRIL 2010]