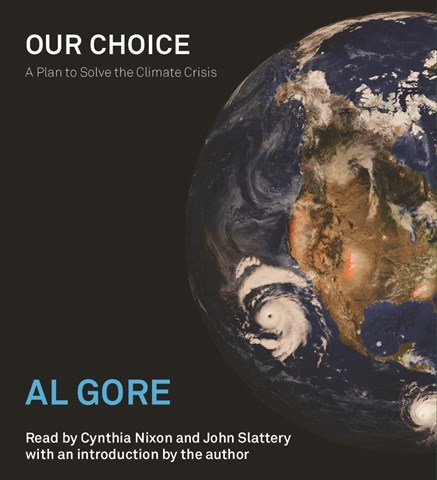 OUR CHOICE A Plan to Solve the Climate Crisis

Although Al Gore opens and closes the narration of his work, Cynthia Nixon and John Slattery present his argument for action on global warming. Most of the book is devoted to looking at what is possible in Gore's vision of the future. Nixon delivers scientific details in a clear low-key voice, and Slattery adds enthusiasm to sell the points. The result is an intriguing look at alternative-energy possibilities that should leave listeners contemplating issues such as geothermal energy and infrastructure. Gore's condescension toward skeptics, even as he notes drawbacks with ethanol and the French nuclear program, will likely limit his audience to his already-supportive base. Listeners seeking a summary of Gore's ideas will find this an excellent abridgment. J.A.S. © AudioFile 2010, Portland, Maine [Published: JANUARY 2010]