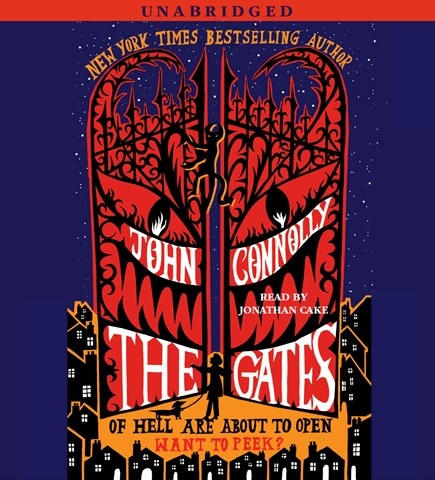 Wickedly funny in the way of Douglas Adams (THE HITCHHIKER'S GUIDE TO THE GALAXY), Connolly tells the story of a British schoolboy who happens to see strange goings-on through the basement window of a neighbor's house. It turns out that the Hadron Collider in Cern, Switzerland, had a bit accidentally "whiz off" three days before Halloween, and now, well, all hell is literally breaking loose. Jonathan Cake's many voices are reminiscent, too—of the versatile Jim Dale. Cake draws each character with precision, spotlighting that dry Brit humor that works so well in the right hands. And Cake is adept at bringing the whole cast to vivid life—from lovable Sam and his canine sidekick, Boswell, to the horrible Mrs. Abernathy, who no longer looks or smells quite human. Even the cops and clergymen, trapped by rampaging monsters, are cleverly drawn. Cake does adults, kids, and demons with an equally droll tone. M.M.C. Winner of AudioFile Earphones Award © AudioFile 2009, Portland, Maine [Published: DECEMBER 2009]