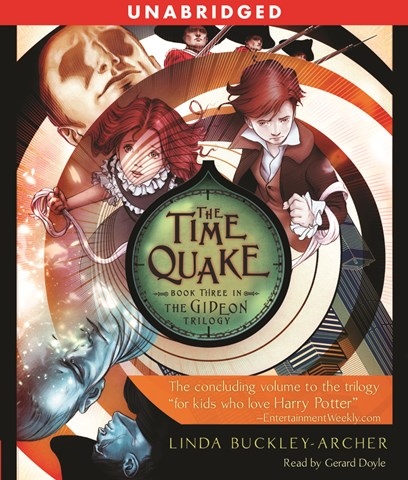 This third book in the Gideon Trilogy begins with a brief synopsis of the story thus far. Two 21st-century children, Peter and Kate, have been transported back to the 1800s, where they’ve been caught up in the underbelly of London's crime scene. In this final book, with much at stake, they must battle the master criminal whose aim to rule the world could also destroy it. Gerard Doyle's narration enhances this engaging historical crime caper. His vocal characterizations quickly transport listeners back in time while also helping them follow the shifts in perspective. Doyle's cadence and inflections give insight into the characters' personalities and motives, and his pacing keeps listeners eager to hear the unfolding drama. J.K.R. Winner of AudioFile Earphones Award © AudioFile 2010, Portland, Maine [Published: JANUARY 2010]