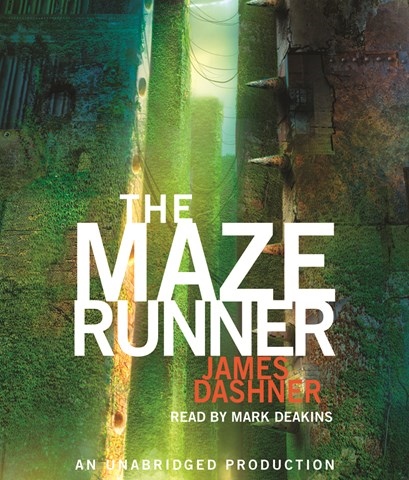 The first of a projected sci-fi trilogy introduces listeners to a teenage boy who has been dropped into a mysterious "glade"—a walled-in field surrounded by a treacherous maze—with no memory of his life before his arrival. Actor Mark Deakins gives a compellingly subdued reading of this unsettling blend of LORD OF THE FLIES, ENDER'S GAME, and television's LOST. Deakins projects a real sense of uncertainty as he tells the story of Thomas, a boy who yearns to solve the mystery of the maze and find his way back to a home he can't remember. Deakins helps the listener navigate the maze of new terms, a slang invented by Dashner for the story. The result is an adventure that is thrilling and irresistible. S.E.S. © AudioFile 2010, Portland, Maine [Published: FEBRUARY 2010]