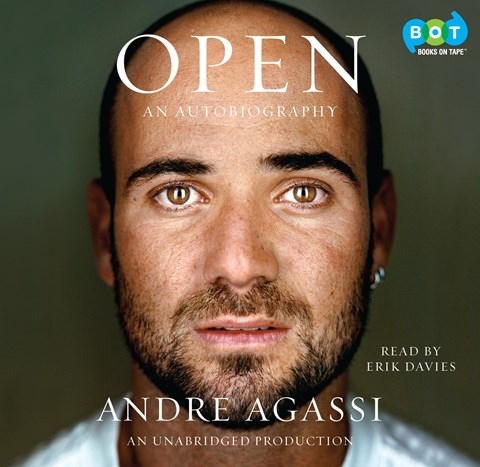 Andre Agassi hates tennis. Forced at a very young age by his father to make tennis his life's ambition, Agassi developed a hatred of tennis that was superseded only by his hatred of losing. This is just one of many contradictions that have helped to define one of the most gifted men to ever play the game. OPEN chronicles his life from his years as an unranked amateur through his retirement in 2006. Erik Davies narrates at an almost-breathless pace that almost certainly parallels the whirlwind life led by Agassi. With a voice that easily adapts to the myriad people in Agassi's life, Davies seemingly captures every ounce of emotion recounted by the author. J.P.D. Winner of AudioFile Earphones Award © AudioFile 2010, Portland, Maine [Published: MARCH 2010]