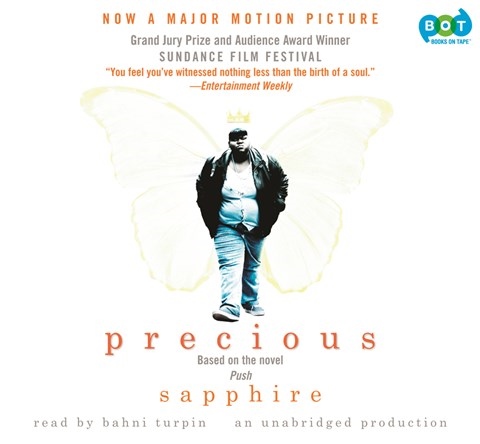 by Sapphire | Read by Bahni Turpin

With the movie version of this book, originally titled PUSH, making the rounds at award ceremonies, it would be easy to overlook the outstanding performance given by narrator Bahni Turpin in this recorded version of the story. As Precious Jones, a teenage girl set to give birth to her father's child, Turpin is so deep in character that the production sounds as intensely real as the harsh reality in which the story takes place. Turpin's voice captures Sapphire's unique street talk perfectly—every word and sound is an important piece of the whole. Turpin makes listening easy because of her performance ability and yet amazingly hard because of the honesty with which she recounts this emotional story. L.B. Winner of AudioFile Earphones Award © AudioFile 2010, Portland, Maine [Published: JANUARY 2010]