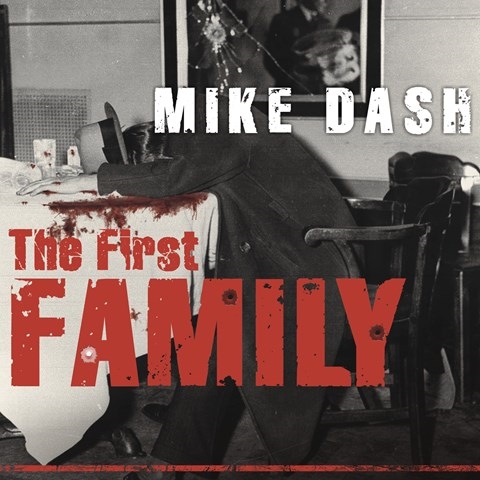 THE FIRST FAMILY Terror, Extortion, Revenge, Murder, and the Birth of the American Mafia

British historian Mike Dash assures us that this look at the beginnings of the American Mafia is not a fanciful imagining of what might have happened. Every conversation, every piece of information comes from interviews, news articles, court transcripts, and police records. Lloyd James offers an unemotional, intelligent narration of this lively book. Dash's main focus, Joe Morello—born with a disfigured hand that earned him the nickname "The Clutch Hand"—is the Italian immigrant who built "the first family of organized crime in the United States." Following Morello's life, from his involvement in Sicilian "protection" organizations in the 1890s to his American counterfeiting operation in the early decades of the twentieth century, James's narration remains calm and balanced, even during descriptions of brutal torture and murder. New historical information, well written and well read. S.J.H. © AudioFile 2010, Portland, Maine [Published: MARCH 2010]