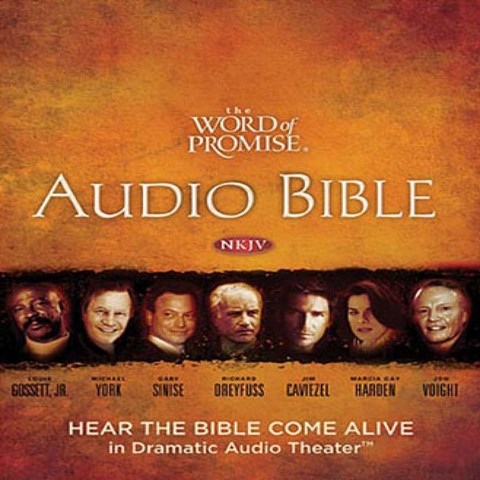 The elements of voice, sound, and music are densely woven together in this complete New King James Version of the Bible. Producer Carl Amari and director JoBe Cerny use many audio drama techniques (more than the average audiobook or even contemporary audio drama) to create the people and places found in the Bible. This production style is highly effective in retelling these stories—thanks to the many talented actors who populate the cast—but it can also be overused. The score is so dense and constant that it leads the listeners’ emotions, instead of letting them come to their own understanding. The one audio storytelling element that's missing is silence, which is often where we find insight. Given the deeply personal messages often found in the Bible, a little more sonic room would give listeners the opportunity to find their own understanding of these words. S.Z. 2010 Audies Finalist © AudioFile 2009, Portland, Maine [Published: NOVEMBER 2009]