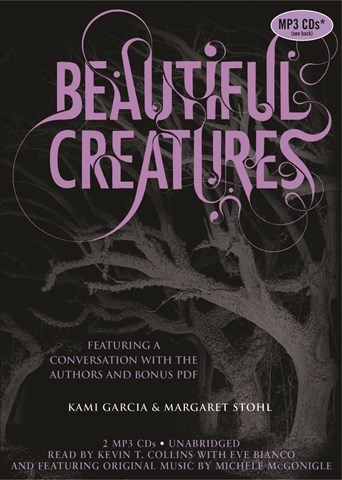 Narrator Kevin Collins is eminently likable as Ethan Wate, a teenager trying to navigate the loss of his mom and emotional distance of his dad, the intriguing new girl at school, and the increasingly mysterious goings-on in his small Southern town. Even better, Collins is just as convincing as the town's cast of characters, including love interest Lena, caretaker Amma, best friend Link, high-school mean girls, and the imposing ladies of the DAR. Occasional sound effects, which are used mainly to distinguish dream sequences or flashbacks, distract from the narrative instead of enhancing it. But listeners will be charmed by the setting and story elements—call it Southern gothic meets contemporary witchcraft—and by Collins’s skill with all of it. J.M.D. 2011 Audies Winner, SYNC 2015 © AudioFile 2010, Portland, Maine [Published: MARCH 2010]