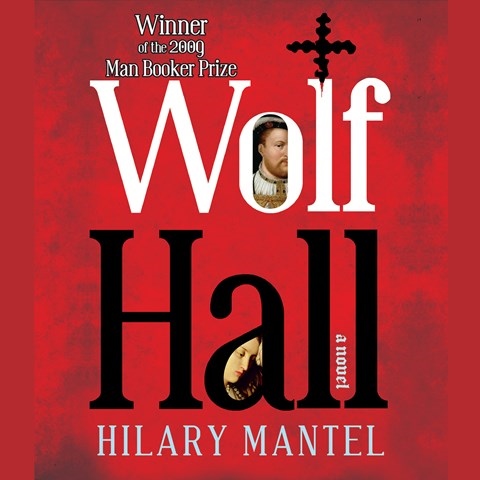 Simon Slater's inspired narration of this year's Booker Prize novel, set in the court of Henry VIII, is on every count one of this year's outstanding audiobooks. The story of Henry's endeavors to exchange Queen Catherine for Anne Boleyn is hardly new, but Mantel's account stands out for her graceful and textured prose, vivid depictions of the historical scene, and focus on the man in the background of the story, Thomas Cromwell. Slater conveys lowly characters and the grandees of court, church, and law with equal ease and authority. Especially memorable is his rendering of Cardinal Wolsey, a comic portrait that is at the same time poignant and deeply tragic. Memorable, too, are the detailed depictions of life in the 1520s, which Slater makes all too actual and close at hand. D.A.W. Winner of AudioFile Earphones Award, 2010 Audies Finalist © AudioFile 2009, Portland, Maine [Published: DECEMBER 2009]