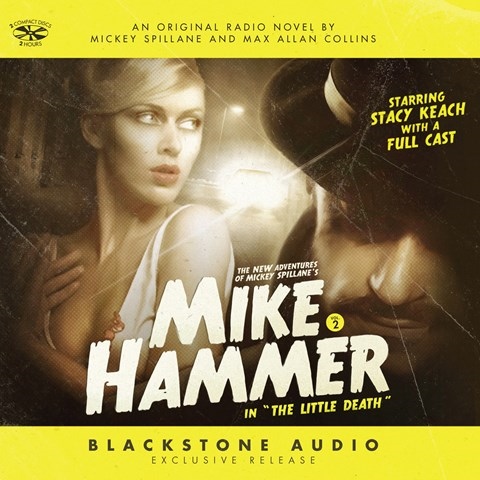 This is a 21st-century Spillane yarn with all the clichés intact. The author would have loved Stacy Keach in the lead role of PI Mike Hammer. Keach idolized Mickey Spillane as a kid and perfected the character in his portrayal of Hammer in the CBS TV series. Now he's once again proving his mettle as the great private eye. In the audio format his impeccable timing and pacing achieve new excellence. The sound effects are those of a first-rate 1940s radio drama, updated to include vibrating cell phones and computers. Spillane fans will love this exceptional performance. Old-time radio listeners young and old will be fans, too. M.C. Winner of AudioFile Earphones Award, 2011 Audies Winner © AudioFile 2010, Portland, Maine [Published: MAY 2010]