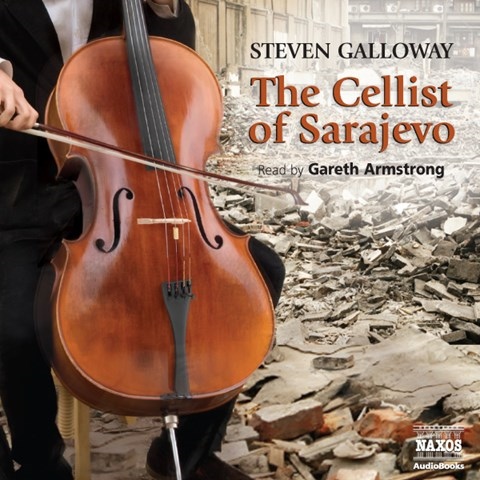 THE CELLIST OF SARAJEVO

It’s usually easy to spot heroism in war stories: Look for soldiers on the front lines or acts of valor on the battlefields. However, the terrible beauty of this audiobook lies in its unusual wartime heroes—individuals whose lives are riddled by sniper fire and uncertainty as they traverse worn-torn Sarajevo, carrying out their daily lives. Gareth Armstrong's confident, often reverent, voice animates the story’s three characters: Arrow, a sniper; Dragan, a parent trying to keep his family safe; and Kenan, a citizen. The unnamed cellist of the title sits in the middle of the chaos, risking his life to play for the dead. Galloway's poetic prose lends itself well to the audio format, especially as voiced by Armstrong. Its quiet grace is profoundly affecting. L.B.F. © AudioFile 2010, Portland, Maine [Published: FEBRUARY 2010]